WRITING / The five Levels of Hype 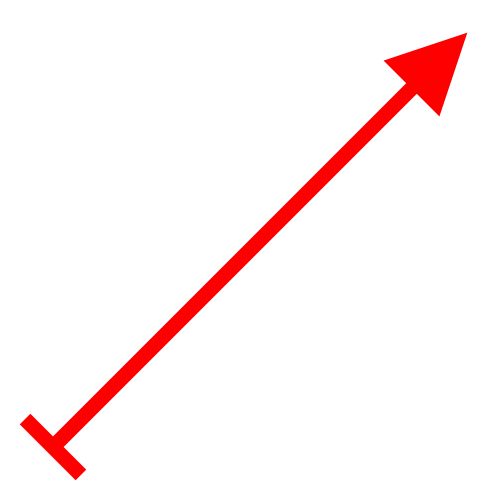 The five Levels of Hype

For an upcoming zine project, I‘ve been buried deep under articles and papers on the phenomenon of “hype”. (If you‘re interested you can follow the project along here). A topic that has been haunting me throughout my years working at the innovation team of the Süddeutsche Zeitung where I spent a sizable amount of time trying to cut through the barrage of trend reports, press releases, and tech reporting.

Hype is an interesting thing. It‘s rightfully often spurred as misleading bullshit or ignorant boosterism but it also has its uses. In short: when it comes to creating a new technology you need to sell a vision to attract the resources you need (people, investment, etc.). Hype can also act as glue. At its best, it can create a shared vision pulling the actors in the same direction and thus creating a self-fulfilling prophecy.

One important component of hype is thus a set of promises of what the technology can achieve in the future for you dear reader. These might range from solving a particularly annoying problem to creating new markets, making you heaps of money, or even revolutionizing a whole field and changing society as a whole.

Hype thus moves on a scale from overpromising to overselling, and even irrational exuberance.

Today‘s tech industry is obsessed with the big futures. The metaverses, the next internets — you name it. Hype is everywhere, oozing out of the headlines of news articles, growing like mold all over my LinkedIn feed, and blinking at me whenever I open my inbox.

But hype is not always the same; there are different forms and levels. I‘ve been trying my hand on a categorization based on my experience and my understanding of the phenomenon. This categorization is intended to help people better understand which form of hype they‘re confronted with.

The five levels of hype

So far, I‘ve decided to separate hype into five different levels. The first draft of this scale went unexpectedly viral on Twitter. (Including, of course, every imaginable typo still in it.)

Think of this scale as form of Richter scale to get a feel of how bad the hype is. A new technology doesn’t have to move through every single level but it most likely will at least reach level 3. 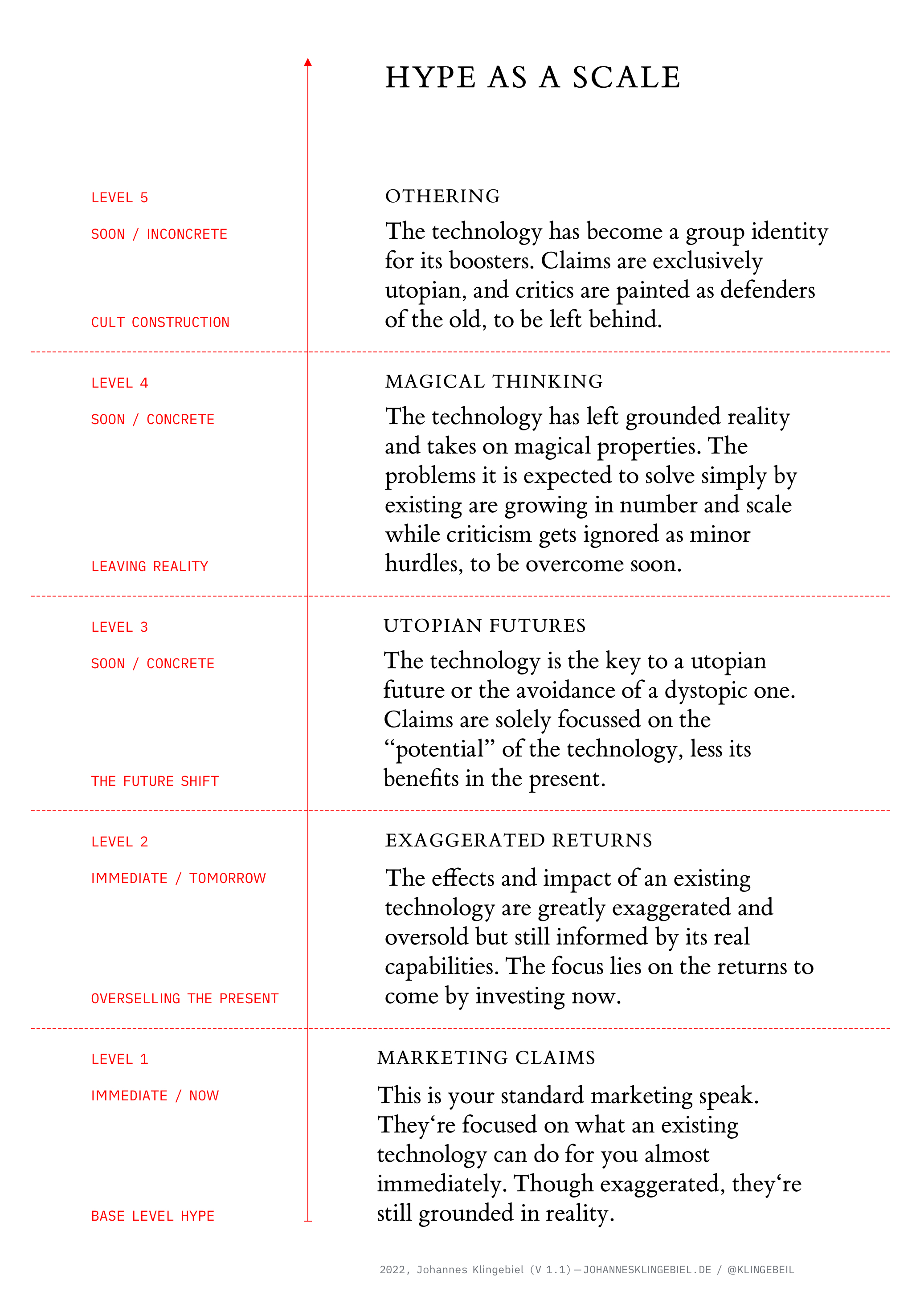 This is your standard marketing speak. They‘re focused on what existing technology can do for you almost immediately. Though exaggerated, they‘re still grounded in reality.

Marketing claims work on an immediate time scale, meaning whatever they promise can be realized almost instantly. The technology already exists.

Here the effects and impact of an existing technology are greatly exaggerated and oversold but still informed by its real capabilities. The focus lies on the returns to come by investing now.

These claims oversell the present capabilities of a technology, often skirting the line to fraud.

A good example might be Tesla selling their driving assistance systems as “full self-driving”.

The technology is the key to a utopian future or the avoidance of a dystopic one. Claims are solely focussed on the “potential” of the technology, less its benefits in the present.

Here the focus of the hype is solely on the future, though the time-scale is still concrete, promising the technology will arrive at a fixed time from now.

One example here might be carbon capture technology, though it already exists in the form of prototypes, it‘s still in its infancy. Thus boosters of the technology will emphasize the future potential of its present capabilities to attract further investment and political support.

The technology has left grounded reality and takes on magical properties. The problems it is expected to solve simply by existing are growing in number and scale while criticism gets ignored as minor hurdles, to be overcome soon.

With magical thinking concrete predictions are becoming less and less important, though the development might still be expected at a fixed date.

A particularly good example here might be the blockchain industry, which has been overselling the capabilities of the technology for years — pitching it as a solution to every imaginable societal problem and challenge.

The technology has become a group identity for its boosters. Claims are exclusively utopian, and critics are painted as defenders of the old, to be left behind.

This is the most aggressive and annoying form of hype. Notably, the time of arrival is less important at this level, simply that the technology will arrive at some point in the future.

Examples here are (again) the cryptocurrency scene which has been pretty good at othering critics as “no-coiners” or lately with the phrase “have fun staying poor”. Another example might also be particularly vocal groups of boosters at the height of the AI hype a couple of years ago. Here the claims were that critics simply didn’t “understand exponential growth”.

I hope this categorization is helpful for you to understand which form of hype you‘re confronted with.

If you have thoughts, critiques, or notes — don‘t hesitate to shoot me an e-mail!

As noted above this piece is part of a larger zine project you can follow along here.