An ongoing research project trying to map and understand the forces shaping the futures of journalism. 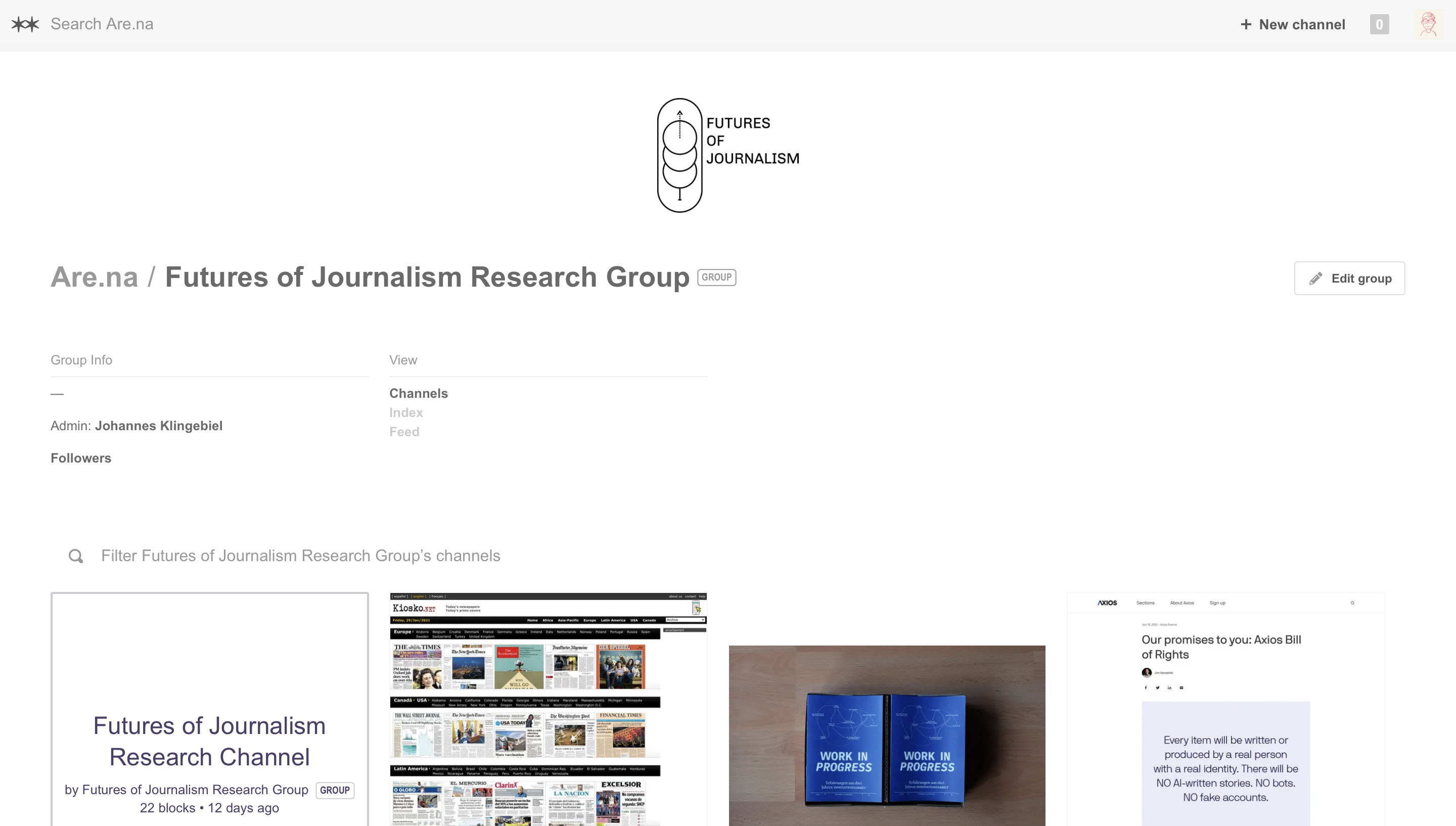 The occasionally updated “Futures of Journalism Research Group” on Are.na is a loose collections of thoughts and issues on the possible and complex futures of journalism.

The following topics are sketches of areas I have been interested in in the last years and which can be found as separate channels on are.na.

Watching the infrastructure of publishing might be a boring, but important task. Shifts in how information gets disseminated, who has access, who controls the access and the way money flows are of vital importance to a healthy media landscape. Splinternets, broken stacks and the dark forests of the future need to be explored, mapped and explained.

The emergence of archipelagic platforms or walled gardens is one of the most prominent examples.

We‘re in desperate need of a better automation discourse that‘s not focussed on the binary vision of automation (automated, not automated), but its more complex realities. This means ditching the talk about “new work” and instead embracing the notion of “shifting work”. Journalism, as a form of knowledge work, has already embraced a lot of automation, but not to as a replacement, but as an enhancement. Further, we often ignore the shifts in power, capital and society that are the result of auto-augmentation.

It‘s been a long-held belief of mine, that journalism doesn‘t have to mean media in the traditional sense. Everyone with access to publishing tools can act like a journalist — i.e. reporting and contextualizing observations and data — but not everyone feels beholden to ethical guidelines, the journalistic ethos of the traditional business model of journalism. Furthermore, the digital present is changing the role of traditional journalists as well. More and more we can see hybrid roles emerging, which mix journalism with design, coding, project management or even more exotic skills. Opening up the field of journalism to those experiences might open up a new way of defining the practice itself. Journalism after journalists and journalists after journalism.

Genres of journalism have always been blending into each other, dictated by the restrictions of the medium (i.e. time, space, style guides, editorial guidelines, etc.). Online we can observe a second shift. Not only have some of these borders blurred even further, but the medium itself also becomes fluid. Audio, text, images and video tend to mix and to translate into each other. With machine learning and tools such as GPT, we might see a whole new class of fuzzy formats emerge, that shift and morph depending on their environment.

Two tightly connected issues are also the impact of algorithms on facets of society as well as the casual use of surveillance tools in everyday life. Not only by state actors of corporations but by everyday people. Mapping these changes, understanding the implications and developing tools and skills to question both issues might is a necessary field of research.